In 2012, as the State Council of the People's Republic of China issued Energy-Saving and HEV/EV Industry Development Program, China HEV/EV industry experienced explosive growth. According to the data published by China Automotive Industry Association, the output of China HEV/EV rose from 17,000 cars in 2013 to 780,000 cars in 2017, with CAGR coming to 160.26%.

In 2017, Ministry of Industry and Information Technology issued Automobile Industry Medium and Long-Term Development Program, pointing out that China HEV/EV production will reach 2 million cars in 2020 and 7 million cars in 2025. In light of the data exposed in this program, the CAGR of China HEV/EV yield is expected to stand at 16.95% from 2017 to 2025. Besides, China Automotive Industry Association data shows that by the end of June, 2018, China HEV/EV output in 2018 amounted to 408,900 cars and sales volume was 410,500 cars. In addition, HEV/EV ownership reached 1.99 million cars.

As IGBT roughly accounts for 10% of the cost of HEV/EV, it is estimated that the market scale of IGBT used in China HEV/EV will come to RMB 21 billion by 2025. Newly-added market scale will add up to RMB 90 billion in eight years.

In November, 2015, four ministries and commissions like Ministry of Industry and Information Technology jointly issued the notice of EV Charging Infrastructure Development Guidelines, which clearly mentions that aiming to gratify the charging demand for 5 million EV nationwide, over 12,000 new centralized battery charging stations and more than 4.8 million new decentralized charging piles will be increased by 2020. Additionally, China Power Consortium data indicates that 662,000 charging piles have been set up by the end of July, 2018, among which 275,000 are public charging piles while 387,000 are personal ones. Up to 4 million charging piles are to be built as planned, showing huge market space.

IGBT accounts for around 20% of the cost of charging piles. According to Trendforce, the market scale of IGBT used in charging piles is expected to stand at RMB 10 billion by 2025. Newly-added market scale will amount to RMB 30 billion in eight years. 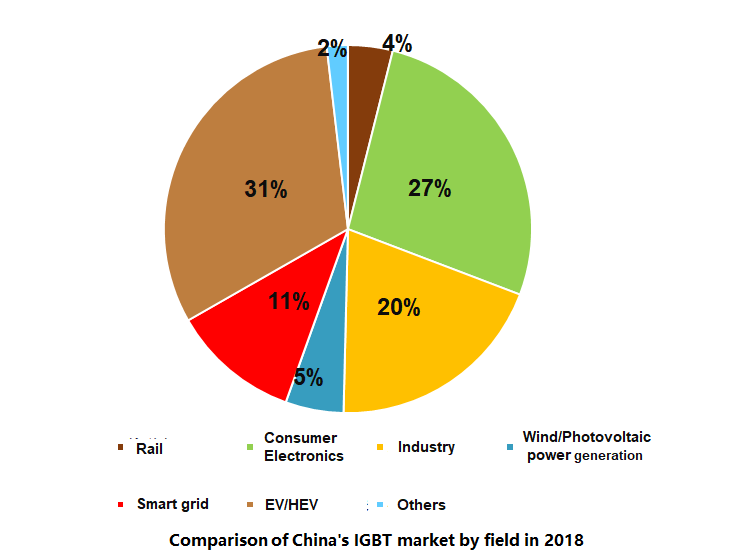 The increase in capacity of epi wafer Foundries is mainly due to the releasing capacity of new 8 inch factories and the product structure change of existing manufacturers. As Trendforce’s latest data shows, currently eight 8 inch factories are under construction in China and general capacity released will exceed 300,000 pieces after reaching targeted output. Thanks to the advantages in process technology and production capacity, Foundry will continuously be the major supplier of domestic IGBT wafer manufacturing capacity. In addition, Foundry has large room for growth in this field with considerable economic benefit.

As to foreign IDMs, they focus on the business of module packaging at present. Only several international manufacturers such as Texas Instruments, AOSL and ROHM deploy wafer manufacturing. Foreign IDM capacity increase is mainly from that of existing companies and the releasing capacity of those under construction. Later, it is also likely to see investment in making wafer production lines, but the capacity increase will be smaller than that of domestic enterprises. 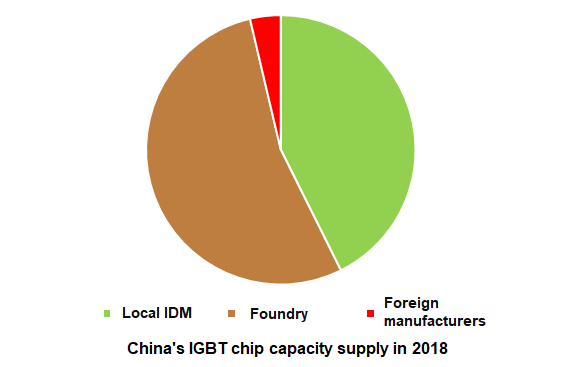